Chef Melissa Donahue opened Sweet Melissa’s Cafe on February 14, 2009, and has been delighting Sanibel diners ever since. Melissa and her husband, John, along with their children, Olivia (16) and Benjamin (13), relocated to Sanibel after Hurricane Katrina struck New Orleans. She’s been an island resident and culinary treasure ever since.

•Inspirations: That is ever changing. Right now I am into the fresh local stuff. I like to play around with odd flavor combinations. Sometimes they work, sometimes they don’t!

•Favorite dish from your childhood: I don’t really have a favorite childhood dish. My mom always thought I was a huge fan of blue cheese at age 2.

•What was the first dish you mastered: I remember making veal Marsala when I was young. I have no idea why.

STORY FROM U.S. CENSUS BUREAU
How can the census help improve roads and bridges? 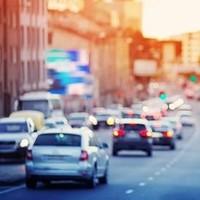 •Celebrity (living or dead) you’d love to have dinner with: That is a tough one. Julia Child or Alice Waters. I think both are self explanatory.

•If I weren’t in this business, I’d be: I have dreams that I would be a professional athlete.

STORY FROM U.S. CENSUS BUREAU
Every person in America matters. The 2020 Census wants to count them all 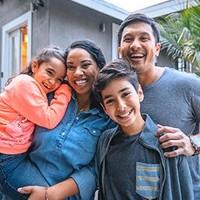 •Cooking gods: There is only one: Eric Ripert from Le Bernardin.

•If you had your own cooking show, what would you call it: My cooking show would be called Not So Sweet Melissa.

•Food aversion you can’t get over: When I was pregnant with my second I developed an aversion to scallops and I still have not gotten over it.

•Favorite dish on your menu (and why): Right now it is the grilled octopus with romesco sauce, baby artichokes, pickled sweet peppers, and chorizo vinaigrette.

•What was your biggest cooking disaster: Once I forgot to turn off the stock and it boiled all night. I almost burned the place down.

• Favorite SWFL restaurant other than your own: I am bad and I don’t get out much so we usually go to our pizza place on the island.

•What would be your last meal: My last meal would be at Le Bernardin.

•What are your plans for dinner tonight: Dinner tonight will be a salad. I try not to eat heavy late at night.

•Dream vacation: My dream vacation is to spend a month in France watching soccer, eating, and drinking.

•Culinary training: After college and working in government and fund raising I went back to school at the French Culinary Institute

•Former gigs: After graduation I got a job at the Union Square Cafe; after 9/11 we moved to New Orleans and I worked at Commander’s Palace for 3 years. I left, and was on my second day at Restaurant August and Katrina hit; that is how I ended up on Sanibel.

Melissa Donahue, executive chef WE ALL HAVE CERTAIN GO-TO RESTAURANTS THAT we know will consistently deliver great quality and top-drawer service time after time. My favorites list is dominated by independent spots run by chefs Read more…