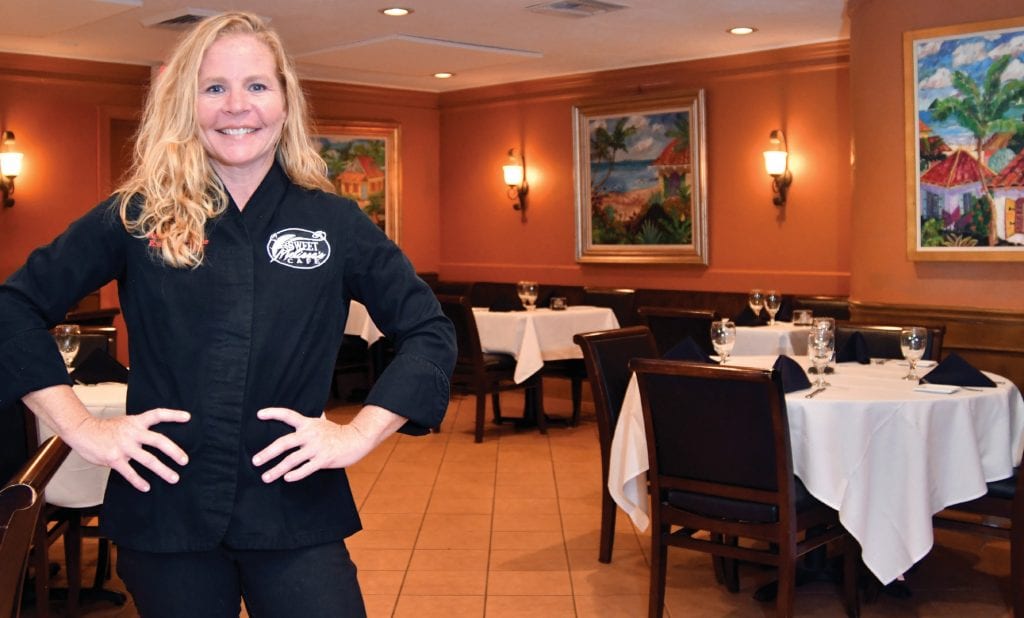 WE ALL HAVE CERTAIN GO-TO RESTAURANTS THAT we know will consistently deliver great quality and top-drawer service time after time. My favorites list is dominated by independent spots run by chefs whose passion for what they do is evident whether or not they are in the kitchen or, for that matter, at the restaurant that night (let’s face it, chefs need some down time, too). So where do discerning chefs go when they decide to let someone else do the cooking? Florida Weekly asked four accomplished local chefs to share some of their favorite spots. Here are some chef-approved options for your consideration.

Local food lovers knew they were in the presence of greatness long before last February when Executive Chef Melissa Donahue was nominated for the Oscar of the culinary world — a James Beard award — in the “Best Chef: South” category. Trained at the French Culinary Institute in New York City and seasoned by stints at Union Café in New York and at Commander’s Palace and John Besh’s August in New Orleans, Ms. Donahue has run Sweet Melissa’s on Sanibel Island for more than a decade. She describes her food as “eclectic Creole with a huge Southern and French influence.”

THE 28 BEST RESTAURANTS IN SOUTHWEST FLORIDA

BY DOROTHEA HUNTER SONNE Editor’s Note: Every year as part of our Best of the Gulfshore issue, Food and Wine Editor Dorothea Hunter Sönne cultivates an All-Star team, so to say, of the Southwest Florida restaurants that Read more…